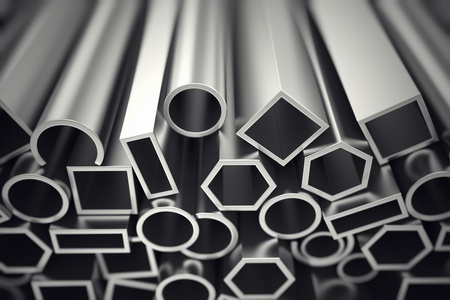 When most people think about the different things that are made from aluminum, they think about aluminum foil, aluminum doors and windows, and, of course, aluminum cans. However, what people don’t always realize is that aluminum has a long and storied history when it comes to the aerospace industry. Aluminum alloys have played a key role in the industry over the years. Here are some of the ways in which aluminum has helped those in it.

The Wright Brothers used aluminum when building their first airplane.

The airplane that the Wright Brothers put together before taking their first flight was made mostly out of wood and canvas. However, it did contain an engine made from some aluminum. Back then, aluminum was still expensive, so it wasn’t used in the construction of most of the earliest planes. But that would change quickly once the price of aluminum started to go down.

Aluminum was used to build planes during both World War I and World War II.

While most of the first planes were made out of wood, aluminum became the go-to material for plane construction during World War I. During the so-called “Golden Age of Aviation” between World War I and World War II, most of the planes that were built were also made using aluminum alloy frames. And by the time World War II rolled around, aluminum was so important in the aerospace industry that Americans were asked to start recycling any aluminum they had so that more planes could be built.

Aluminum continues to be as popular as ever in the aerospace industry.

A lot has changed as far as the aerospace industry is concerned over the last 100 years. But today, aluminum is still as popular as ever among those companies that build planes. In fact, the industry is responsible for using almost 30 percent of all the aluminum that is consumed every year. Aluminum is used to make everything from fuselages and wings to exhaust pipes and seats that go in modern-day planes.

The aerospace industry is just one of the many industries that utilizes aluminum alloys. Eagle Alloys can talk to you about some of the other industries that use aluminum and supply you with aluminum sheet metal, plates, bars, and foil. Call us at 800-237-9012 today to place an order. Niece’s