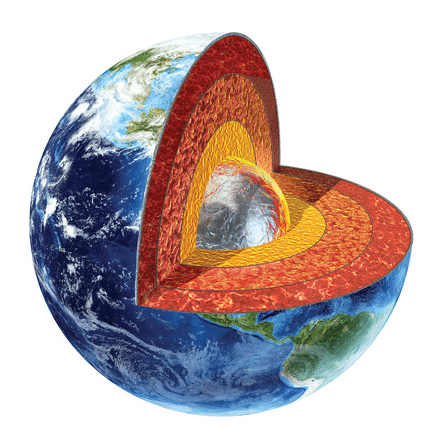 Metals exist in the Earth’s crust. Depending on where you are on the planet, if you were to dig looking for aluminum, silver or copper, you’d probably find them. Typically, these pure metals are found in minerals occurring in rocks.

Simply put, if you dig into the soil and/or collect rocks, you’re likely to find metals because that’s where they’re found in nature. Metals tend to form compounds, aka minerals. These are naturally occurring solids made of chemicals and crystal structures. They’re inorganic, which means they’re not alive. Minerals are typically made of several elements mixed together, though some, like gold, are exceptions, found in elemental form.

Metals and minerals go hand-in-hand. Have you ever seen gems like emeralds, rubies and sapphires? They’re metal-containing minerals that you’re likely to find in jewelry. Turquoise, known for its pretty blue color, is a mineral made of copper and phosphate. Iron is a metal that’s the most common element on Earth, forming much of Earth’s outer and inner core.

Underneath the ground, geologic processes are occurring whereas pressure and heat tend to push rocks above the surface of the planet. When this happens, thanks to the presence of both oxygen and water, rocks are broken down in a process known as weathering. Elements get released into solutions forming new minerals, forming soil. Obviously, humans plant crops in soil. Both people and animals get their food from plants in the soil and thus take up metals around them.

When rocks containing valuable minerals are found, they’re mined at a profit. Technology works on our behalf in order to extract their metals to be used in industrial processes.

The properties of pure metals can be improved by mixing them with other metals to make alloys.

Eagle Alloys is in the business of supplying metals and alloys to companies who need them in order to make things. Call 800-237-9012 with inquiries.

Or fill out the form