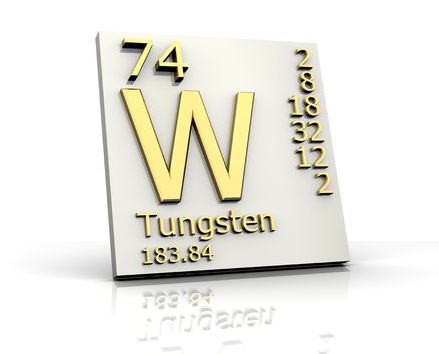 Tungsten, which was first discovered about 350 years ago, is known for being one of the toughest elements found in nature. It’s extremely dense and is just about impossible to melt. Its strength and durability has helped people find all kinds of uses for it. Here are some other interesting facts about tungsten that you might not know.

Most of it is located in China.

Since it was first founded, tungsten has been discovered in all different parts of the world. You can find it in South Korea, Great Britain, Portugal, Russia, and even the U.S., where it’s located in California and Colorado. But the majority of the tungsten in the world is located in China. The Chinese are believed to control about 80 percent of the world’s total tungsten supply.

It’s found inside of a handful of different minerals.

Locating tungsten can be tricky because it naturally occurs in a bunch of different minerals. These minerals include scheelite, huebnertie, wolframite, and ferberite. In order to get to tungsten, people must harvest it from minerals through a process that calls for them to reduce tungsten oxide using either carbon or hydrogen.

It’s usually mixed with alloys once it’s harvested from minerals.

After it has been sourced, tungsten is typically mixed into alloys. This helps make these alloys stronger than before. In fact, the only things that are considered to be harder than alloys featuring tungsten are diamonds.

It’s utilized in a variety of ways.

Thanks to its strength, people have found many ways to use tungsten. It can be used to make saw blades harder. It can also be used to create drill bits. Additionally, tungsten can be used to manufacture certain paints, create television tubes, and even make bullets and missiles.

Eagle Alloys can provide you with tungsten in many forms if you run a company that could benefit from using it. From tungsten wire and tungsten rods to tungsten bars and tungsten foils, we carry it in many different shapes and sizes. Call us at 800-237-9012 to inquire about ordering tungsten.