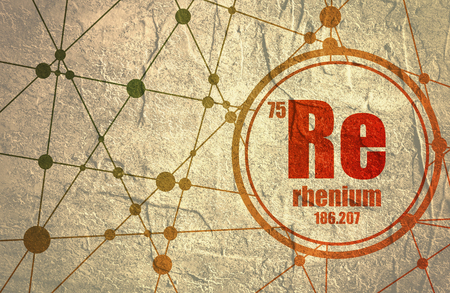 Discovered almost 100 years ago, rhenium has turned into a very important transition metal. It’s found in a lot of powerful engines and it’s capable of providing a wide range of essential chemical reactions. From the aerospace industry to petroleum refineries, you’ll find rhenium all over the place these days. Learn more about why it has transformed into such an important metal below.

Rhenium is stronger and more stable than many other elements.

The strength and stability that you’ll get when you add rhenium to an application is unlike anything you’ve ever seen before. Products containing rhenium will keep on ticking no matter how hot that it might get. The rhenium will also prevent these products from warping over time. It’s why rhenium has made a name for itself in so many different industries over the years.

Rhenium  plays a key role in some very important applications.

There are a bunch of things that contain rhenium in them these days. But rhenium is most commonly associated with jet engines. Rhenium is combined with nickel to manufacture jet engines that are capable of heating up to unthinkable temperatures. Rhenium is also known for serving as a catalyst in many cases when high-octane gasoline is being produced.

Is your company looking to purchase rhenium for any reason? Eagle Alloys can provide you with it. We can supply you with pure rhenium as well as molybdenum rhenium and even tungsten rhenium in several different forms, including bars, foils, and sheets. Call us at 800-237-9012 for more information on ordering rhenium.