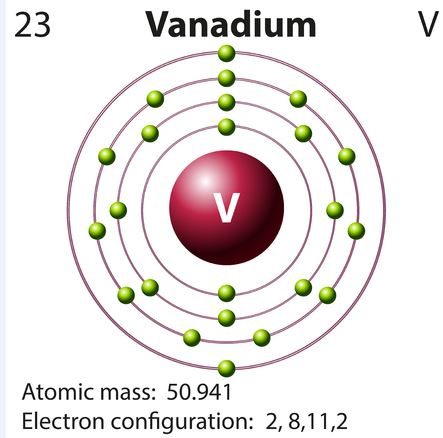 Have you heard of vanadium? It’s a metal most people haven’t heard of– yet. Vanadium could play a key role in delivering energy to our world in the years to come.

First, though, consider Hawaii, which gets more sunshine than most states. Because of its remote location, Hawaii’s electricity costs more than three times the U.S. average, so many of its residents have resorted to harnessing the sun for power with solar panels atop their roofs. One thing, though, that makes solar power “awkward” is that the sun shines brightest in certain areas at certain times. In a way, it’s like having a sunshine overload that can be just too much for panels and people to handle. What if there was a great way to store the sun’s energy for a couple hours after peak times, to be used when it’s more needed…during the hours people get home from work and want to run their TVs, ovens, and washing machines?

A solution to this problem may come from vanadium. Originally mined to be used to help create an exceptionally strong steel alloy, vanadium has the potential to be used for batteries– the kind to store energy from the sun.

Batteries made with vanadium can be used to store up large amounts of energy which can then be released at times when most needed. These batteries can be recharged about 20,000 times. Their competition, currently, includes lithium batteries, which can only handle between 1,000 and 2,000 recharges before dying out. Also, lithium batteries aren’t able to store, for example, a whole community’s energy needs for several hours, while vanadium batteries can.

At the present time, there aren’t that many vanadium mines and once it’s used it’s not renewable. Market needs will determine whether or not vanadium becomes synonymous with batteries in the years to come. There may also be companies developing cheap ways of producing vanadium electrolyte from iron ore slag and fine ash. And, if vanadium catches on, there’s even the potential to harvest it from sea squirts in the Pacific Ocean. Time will tell.